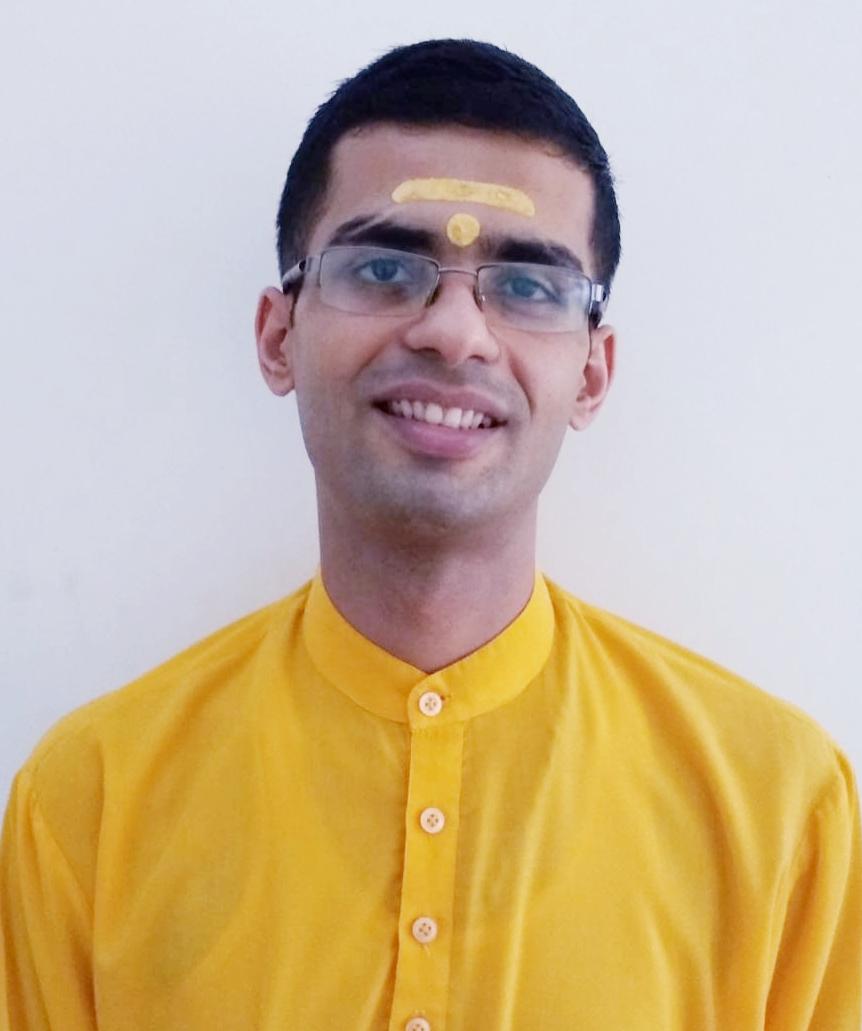 Brahmachari Soham Chaitanya was born in a spiritual family devoted to Chinmaya Mission. The opportunity to listen to satsangs from various Swamins and Brahmacharins introduced him to spirituality from a very young age. An engineer by background, Sohamji worked as a Research Engineer in Colorado after graduating with a Masters degree from the University of California Berkeley.

Sohamji loves playing the harmonium, singing bhajans and dwelling on the scriptures which talk about the nature of happiness.