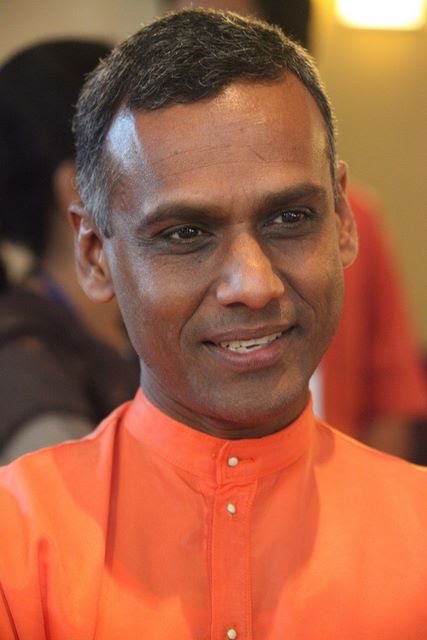 Swami Prakashananda was born in California, Trinidad, in January 1964. He attended the Couva Private Grammar School in the late 1970’s. Upon completion of his secondary education, Swamiji migrated to Canada to pursue tertiary education at York University where he successfully read for a Bachelor’s degree in Political Science and Philosophy at Toronto’s York University.

As a young seeker, he had his first encounter with this realized master Pujya Gurudev, Swami Chinmayananda – the founder of the Chinmaya Mission. This meeting awakened a deep-seated spiritual yearning in Swamiji and he eagerly sought permission from Pujya Gurudev to embark on this most noble journey.

In 1991, Swamiji traveled to India to study Samskrit and Vedanta at Sandeepany Sadhanalaya. Mumbai. Upon completion of his studies in 1994, he was assigned to give discourses at various Mission centers across India and Nepal. Swamiji spent six years in India.

Swamiji also pursued his law degree at Benares Hindu University after which he returned to Trinidad as Brahmachaari Prem Chaitanya. Through his great dynamism, selfless disposition, humility, charisma, astute leadership style, unique presentation style, and his commitment and dedication to serving the noble Sanatana Dharma tradition, he established and continues to spearhead the Chinmaya Mission Trinidad and Tobago.

A piece of almost barren sugarcane land was transformed into the now highly productive, dynamic Chinmaya Ashram, officially established 2nd of October, 1997. The Ashram has mushroomed into a unique beacon of learning both in the academic and spiritual realms. Pujya Guruji, Swami Tejomayananda initiated Br. Prem into sannyasa as Swami Prakashananda on Mahashivaratri, in 2005.

Swamiji has personally conducted hundreds of yajnas, spiritual camps, courses in Sanskrit and Vedic Chanting, and established study groups for children and adults. In addition, there are numerous charitable projects assisting needy communities and families, and several religious symposiums. In recognition for the selfless community service rendered by Swami Prakashananda, the government of Trinidad and Tobago awarded him with the Chaconia Gold Medal in 2012.